Stoptober Stories: We Asked, You Shared ????

Look at the official NHS Stoptober website and what will you see? Advice on stop smoking medicines, smoke-free tips through social media, an innovative campaign app and last but not least, friendly advice on e-cigarettes. 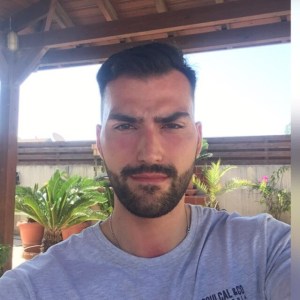 Alex Pourian (25) from London works as a store manager. He got in touch via Vapouround.co.uk and told us how he quit smoking and started vaping while attending university back in 2014.

“I knew it was safer and you can vape indoors too. I started with tobacco 18mg. I feel much healthier vaping.”

While Alex said he did dual use “for a few months,” he feels much healthier now compared to when he smoked. “I go to the gym and don’t feel out of breath. I don’t smell of fags, which is great.”

He adds, “I did enjoy smoking cigarettes … but vaping is the way forward now.” 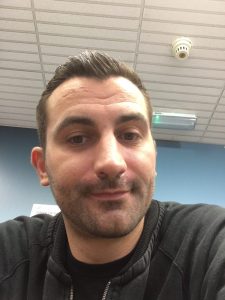 Christopher Bunnagar (34) lives in Chester and works in a vape shop. Christopher quit smoking three years ago having smoked for three years and like many of us, he knows loss all too well having lost relatives to cancer. “Watching what happened to them made me realise just how stupid smoking was. Also becoming a father, I want to watch my two children grow up and see my grandchildren grow up.”

When asked if he wished he made the switch to vaping sooner, Christopher said “Absolutely.”

He started vaping The Black by Zeus Juice and initially dual used with both a vape and traditional cigarettes, but soon found himself reaching for his vape all of the time. “I found myself going for my vape rather than a cigarette. Vaping has helped me so much just my general day-to-day life has improved greatly and my fitness – no longer am I short in breath or have a horrible smokers cough.”

Margaret Elliott (56) stopped smoking in October 2015 with the help of a vape pen because she, “thought it would be a healthier lifestyle choice.” She says she noticed health benefits after making the switch: “My lungs no longer wheeze … causing me to have coughing fits, I do not smell like an ashtray, and the big one of course I have saved a fortune!” Like many first-time vapers, Margaret dual used for “about four weeks to give me chance to get used to the pen.” 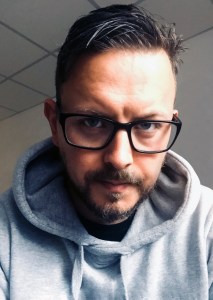 James Strobridge (40), pictured, is from Rochford in Essex and works in the industry. James’ dedication to vaping even won him a Vapouround Award.

After smoking for a couple of years, James started to vape in February 2016. He says: “I went on a vehicle vinyl wrapping course with friends who vaped and I was [the] only smoker so decided to give it a go for the duration of the course so as to not keep disappearing every 30 minutes.” James remembers the first e-liquid he vaped was Vanilla by Totally Wicked.

“Since I quit, I decided to start making DIY flavours of my own and a couple of months later I started my own e-liquid business [The Demon Vaper]. If I had not started vaping, I would not have had the opportunity to start my own business doing something I love doing and this is what keeps me smoke-free.”

James Swann (31) from West Sussex transitioned from smoking to vaping in 2014.

He dual used for two years whilst using regulated mods until he bought a mech mod and has never smoked since. “Being a long-term asthma sufferer, it was silly to smoke –

but I did. Since stopping smoking and co-smoking I have not had a single chest infection or cough (long term) and I have even been able to stop taking some of the daily steroids I was using to control my asthma.”

Zakkizamani Osman (43) comes from Malaysia and is a retail manager in the vape industry.

What started out as something to help me quit smoking has now become my career. I am a vaperista and proud of it. My son vaped earlier than I did and he sparked the curiosity in me. Since then, we rebuild together and now I’m also a retail manager at a local vape shop and also a custom coil builder. The journey was made even more fun with the community always helping each other with advice and solutions to problems.”

Jane Johnson (49) from Derby smoked from the age of 16 for 26 years. She recalls how she had her first ever cigarette as a dare on the eve of her sixteenth birthday. Jane used vaping to help her quit smoking six years ago and has never looked back. But, she had some preconceptions before she started. “I did, I wasn’t convinced but after a week my 40-a-day habit had stopped.” Janes says she dual used for a couple of days, and six years later feels: “My health has improved so much.”

Gemma Daly (33) works as an area manager in the industry. She stopped smoking when her husband took up vaping and started to vape menthol flavours. Gemma says she wishes she started to vape sooner.

Aaron Daly (34) is a warehouse supervisor from Derby and a dad of two. Aaron smoked for six years until he finally gave it up. Prior to vaping, Aaron did his research: “I read many reviews online.” He says he wishes he had made the switch sooner for the “money I could have saved.” 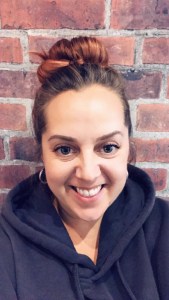 Kylie Brough (35) is a shop assistant. She smoked for 18 years, “I started aged 13 at school.” She first tried vaping in 2014 but says without knowing much about it at first, she was “worried about what vapor actually was and if it was more harmful than smoking and if it was regulated or tested.”

Since taking up vaping, Kylie says: “I can breathe easier and I don’t have to go outside in all weather.”

Kylie adds she wished she quit smoking for vaping sooner: “Definitely! It’s a much cleaner and healthier lifestyle.”

The Stoptober campaign debuted in October 2012.

Since then, the Public Health England campaign has been responsible for more than one million Brits quitting smoking.

There may be 31 days in October, but Stoptober is based on research which suggest if a smoker can stop smoking for 28-days, they are five times more likely to stay smoke-free for good.

Would you like to see more from our Stoptober series? Take a look at the success of last year’s Stoptober event.

By Patrick Griffin
2 Mins read
Getting the right guidance about switching to vaping is crucial to help smokers successfully quit, according to new…
News

By Patrick Griffin
2 Mins read
Amid a worrying increase in schoolchildren vaping in Scotland, there are calls for £10,000 fines each time a…