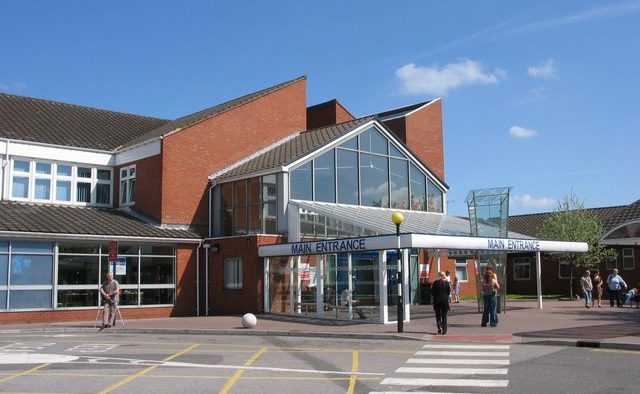 Vapers can use e-cigarettes on-site at the Derbyshire hospital for the first time, following advice given by Public Health England.


From Tuesday 22 January, Chesterfield Royal Hospital will allow vaping on its site, with some limitations. The official announcement on the hospital’s website says:

“Vaping is now permitted outside the hospital building, away from courtyards, entrances, open doors and windows.”

This is a step forward for vapers and will help raise the vaping’s profile as a viable option for nicotine replacement. The hospital said they want to “support [their] adult patients who are trying to give up smoking and is part of the wider efforts to support longer term cessation.”

The change was made in light of advice from Public Health England and Derbyshire’s Public Health Department. PHE have been amenable to recent studies pointing out vaping’s effectiveness at getting smokers off combustible cigarettes, and its relative safety (over 95 percent) compared to smoking. The hospital also noticed a significant number of patients and visitors are now using e-cigarettes to help them quit, and decided to clarify their position on the activity.

“We’ve approached this from a smoking cessation point of view. Whilst the Trust would not encourage vaping as such, given its success in helping people to stop smoking, we are happy to allow it on site for those patients who are using vaping to help them give up cigarettes. The guidance we have had from Public Health England is that it presents a much lower health risk than smoking and is proving useful to help smokers give up cigarettes. So, as long as it is done outside and away from doors and windows, we will now permit their use on site.”

The hospital has also made an effort to help staff and non-vaping patients understand the changes made by hosting an open forum for questions at the main entrance, along with a stall containing relevant literature. All other nicotine replacement options are still available for inpatients, with e-cigarettes now recognised as the latest. Ms. Chadwick acknowledged their role and reaffirmed the Trust’s commitment to widening the ongoing mission of cessation:

“E-cigarettes is just one way that people can substitute the harmful effects of smoking. Other nicotine replacement therapies available on our inpatient wards include nicotine patches and we can also make referrals to our local stop smoking service who give ongoing help to patients who wish to give up smoking.”