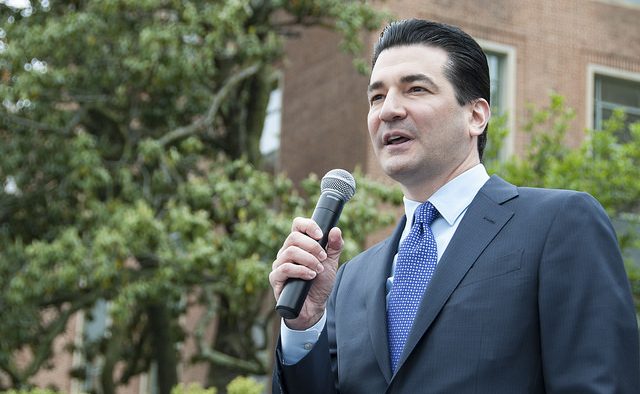 Dr Scott Gottlieb will step down from his position as commissioner of the US Food and Drug Administration at the end of the month.

The FDA shared his resignation letter on Twitter on Tuesday night UK-time.

A note from FDA Commissioner @SGottliebFDA to the @US_FDA team… pic.twitter.com/K6iBKhZS5P

The move has been in the pipeline for a number of months, according to a CNN source.

Gottlieb was a highly controversial figure among the vaping community.

The physician initially adopted a hands-off approach to e-cigarettes and even towards his tenure acknowledged that vaping had the potential to help smokers move away from combustible products.

“It cannot come at the expense of hooking a whole generation of kids on to nicotine and eventually onto tobacco products.”

The face of the FDA handed his plans to ban flavoured e-cigarettes in convenience stores to the White House just last week, according to AXIOS.

Meanwhile, Colorado congresswoman Diana DeGette has announced that she hopes to introduce legislation that would ban ‘kid-friendly’ e-liquid flavours.

The SAFE Kids Act would give manufacturers a year to prove that flavours like cotton candy and ice cream help adults to quit smoking but do not attract minors or cause additional harm.

“To me, there is no legitimate reason to sell any product with names such as cotton candy or tutti fruitti, unless you are trying to market it to children. If we’re going to address the root cause of this problem, we have to start by banning the sale of these enticing kid-friendly nicotine flavors.”

Tags:
Previous Article
News| Homeless people are receptive to e-cigarettes but face ‘barriers to use’
Next Article
This International Women’s Day, we’re celebrating the leading ladies of the vape world.