It’s been a while since the last High End Vaping Digest but with a new wave of products being released by some fan -avourite modders, we figured it was time for an update 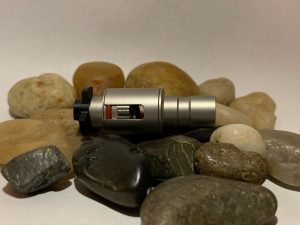 The Billet Box concept has been around for over five years now but it’s one of those niche things that never seems to fully subside.

In recent times we’ve seen new Boro tank-compatible mods released, such as the Delro, with its internal LiPo cell and Limelight Mechanics 50/50. But for many users it’s all about the atomisers inside, known as “bridges” in the billet box fandom of confusing terminology.

First up, we have the Haku Xeta RBA.

Haku have built a huge following around their sublime single coil RDAs, so the Xeta is a bit of a departure from their previous work.

It’s clear that user adjustment was the key focus here, with swappable airflow inserts under the coil, as well as a range of chimney sections to ensure air pressure remains consistent throughout the atomiser.

The upshot is a Billet Box bridge that can be used in a variety of roles, from extremely tight MTL, all the way to an open direct-lung draw.

As is always the case with Haku products, you’ll have to watch the community groups closely to get your name on a list if you want to own one, but the Xeta certainly seems worth the hassle.

Challenging for the title of hottest new bridge is MissionXV’s new KRMA RBA.

Details are a bit sparse on this one since inner chamber pictures are yet to be posted, but this atomiser closely resembles a KRMA RDA that’s been shrunk down to fit inside a Boro tank.

The bottom-fed wicking design looks interesting and MissionXV are promising that this bridge will be able to utilise every last drop of e-liquid in the Boro, something which has been a sticking point for other bridges in the past. Admittedly, we want to pick one of these up just because of how cute it looks. 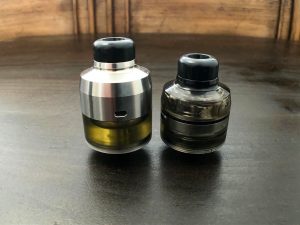 Canadian modders MissionXV are clearly keeping themselves busy. In addition to the previously mentioned KRMA bridge, their new full-sized atomiser, dubbed the KRMA.GEN, is soon to be released.

Don’t let the name fool you though. This is a complete departure from the original KRMA, which became one of the most highly-rated atomisers of last year. The GEN is an RDTA with a variety of extension tanks, it also features swappable airflow inserts, allowing for MTL or restricted-lung vaping.

This kind of versatility is becoming commonplace in the world of high end vaping and I’m glad to see modders going the extra mile because it does make the experience of purchasing a premium product feel more comprehensive. Time will tell if the GEN lives up to its predecessor. 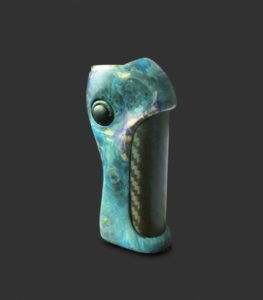 BD Vape, a sister company of Chinese manufacturers Fumytech, are still relative unknowns to many enthusiast vapers but they’ve already made an impact with their Pure BF mod and Precisio RTA , designed to be affordable alternatives to high end devices.

This week they updated their website with four new mods and have already created a buzz within high end circles.

Unlike their previous offerings, the new devices feature stabilised wood and carbon fibre construction: materials usually reserved for true high end products. These releases open up the age-old debate: can a Chinese designed and manufactured mod be classed as “high end”? In my view, the answer is an emphatic yes, if video previews are anything to go by.

The Divine DNA60 has drawn the most attention among their new releases, with freeform curves, a striking high gloss finish and exposed battery tube, all staples of boutique mod design.

Coming in at approximately half the price of their European counterparts, these new offerings from BD Vape could be a compelling option for enthusiasts who want a luxury mod without paying an arm and a leg.