Optimal flavour has become the hot button topic among beginners and enthusiasts alike. With so many options and different styles of vaping, what’s the best way to enhance your flavour-chasing experience?

If you’re a stock coil vaper looking for better flavour, your options are somewhat limited by which coils are compatible with your chosen atomiser. But his doesn’t mean that you can’t make some tweaks.

Stock coil tanks tend to have much more airflow than needed when left at their largest settings. This is especially true of sub ohm tanks, which have enormous airflow slots that can significantly mute flavour and cause turbulence.

Simply shutting the airflow down half way or more will increase flavour output for many users. Turning the wattage down slightly at the same time will accommodate this reduced airflow.

Many tanks come supplied with wide bore drip tips, so if your tank is 510/810 compatible, a smaller bore tip may also enhance flavour production.

When it comes to coil choice, mesh is undeniably king. Mesh coils are readily available for MTL vaping, so low wattage users needn’t feel left out.

For sub ohm users, I recommend multi-core mesh coils, such as the Horizontech Falcon M2, or Freemax counterparts, as these coils reduce turbulence by way of having multiple channels for air to travel through. 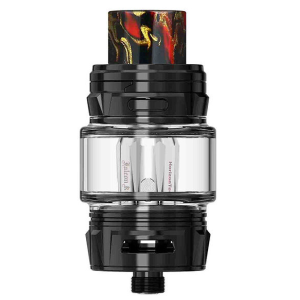 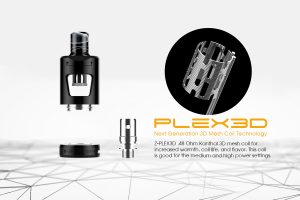 There are many more variables to consider when it comes to RTAs and RDAs, but you can follow some guidelines to consistently improve flavour output.

Firstly, you need to take into account the chamber size of your chosen atomiser and build it accordingly.

Larger chambers, such as the one found in the Hellvape Dead Rabbit, will shine with large exotic coils and higher wattages. With the large amount of airflow and space inside these kinds of devices, high coil mass and power is a necessity for optimal flavour.

I recommend wicking with as much cotton as possible, without deforming the coil. It’s counter-intuitive, but this will speed up the wicking action and minimise spit-back. This also has the advantage of retaining much more e-liquid, which means less dripping and more vaping!

What if you don’t want to vape at high wattages and like a more mellow vape that takes less of a toll on your batteries and e-liquid supply? Well, as it turns out, sometimes less really is more. Single coil atomisers aren’t exactly a new idea, but they have become much more popular in the last few years. 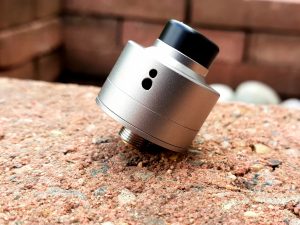 Single coilers can achieve much smaller chambers than their beefier dual coil siblings, simply because less hardware is needed on the deck. This means you can achieve the same, or even greater vapour density with just one, smaller coil, in a reduced chamber design.

Since the atomiser only needs to cater to one coil, airflow systems can also more comprehensively cover the surface area, in a direct manner, which means less turbulence.

Many vapers seem to gravitate towards dual-coil atomisers for their first rebuildable experience. I can understand why, as these devices will give you huge amounts of flavour and vapour and a lovely warm vape when built correctly. But if you haven’t tried single coil vaping you should seriously consider it next time you’re atomiser shopping. It might just surprise you.

CBD Disposable Vapes: Everything You Need To Know

By Staff Editor
Sponsored
2 Mins read
CBD Disposable vapes, they’re everywhere at the moment, but what are they and why should you be using…
Vape 101

By Alicia Snow-Simpson
4 Mins read
We all know how stressful it can be to find the perfect present for your loved ones. So,…
Vape 101Vaping Blog

By Alicia Snow-Simpson
2 Mins read
Black Friday is finally here! It’s an event that everyone eagerly looks forward to every year with the…